We are a Scottish charity supporting the Sissala district of northern Ghana. We wish to establish ecotourism, support sustainable farming and education and encourage the development of micro projects such as sheanut butter production.

The north of Ghana is divided into three administrative regions; Northern region, Upper East region and Upper West region.  The Sissala District is in the Upper West, the most remote and underdeveloped region in Ghana.  The roads connecting the towns are dusty, dirt tracks with only a few tarred roads around the regional capital Wa.  As compared to the other nine regions in Ghana, the Upper West region has fewer visitors.  The Sissala District is situated close to the border with Burkina Faso.  It covers a landmass of about 100-120 km2 and has an estimated population of 150,000 people.  The district capital is the small town of Tumu.  Over 90% of the population of the Sissala’s are peasant farmers growing just enough food to feed the family.

The Sissala people live in large extended family circles.  Village houses are arranged in a circle to make a family compound where resources are normally shared and used together.  The houses are made with mud bricks and have thatch or zinc roofs.  Over 90% of the villages in the area have no electricity or running water.  Drinking water is collected from a borehole by pumping a handle up and down to draw the water from deep underground.  The water from a borehole is clean and safe to drink.

The majority of the Sissala people are very busy during the rainy season producing enough food to eat for the year.  Everyone from the smallest child is involved in the work.  They also sell some of the harvest to look after their communal and social needs.  Some families have bullocks which they use to plough the land but the majority of farm work including the sowing, weeding and harvesting is done by hand.  The Sissala farmers grow lots of cereal crops like maize, millet and guinea-corn and other crops like beans, groundnuts and yam.  Some farmers also rear chickens goats, sheep, cattle and other farm animals.

The feeling of a communal sense of belonging is paramount to the way of life of the Sissala people and supporting a child to grow is the responsibility of the whole village and not just the parents alone. The first priority of the whole community is to teach the child as early as possible to know what is right and what is wrong.

The weather in the Sissala district like all other parts of northern Ghana is hot and tropical. The hottest time of the years is between March and May. During this time the whole area is hot and very dry.  There is no ground vegetation and most of the trees are bare.  There is only one rainy season in the north unlike the south of Ghana which has two seasons. The rains in the north last for only four months (May to August), the rest of the year is mainly dry. The rains transform the area from dry and baron to lush and green.  Between December and February each year, the whole of northern Ghana goes through the Harmattan, a dry wind which blows all the way from the Sahara desert.  During the Harmattan a red dust blows in the air and settles everywhere. 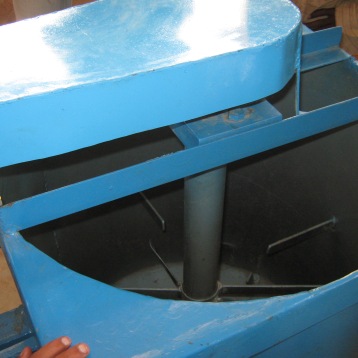